This AudioWalk brings Tarnów’s Jewish history back to life. Places of community, violence as well as cultural exchange become visible as you listen to the memories of Gizela Fudem, who was born in Tarnów in 1924 and survived Tarnów Ghetto. Her personal story, which she shared in Centropa interviews, guide you through the city.

The Tarnów AudioWalk was developed by Centropa, the Galicia Jewish Museum, and Bartosz Wencel.

About the Jewish Tarnów AudioWalk

Between 2004 and 2006, interviews with Polish Jews who survived the Holocaust were collected under the watchful eye of Anka Grupińska, an outstanding reporter. Thanks to these activities, we are now able to build a picture of the world that remains present only in memories. Searching for any tangible evidence in contemporary space is a vain effort, because this space is often marked by destruction and reconstruction on ruins.

Thanks to the interview conducted by Jakub Rajchman, we get to know the history of pre-war Tarnów. We give the floor to Gizela Fudem, a Holocaust survivor, who tells the story of places that are forgotten, or often pushed by the present inhabitants out of their memory. Recalling images from her past, she shows the way to a world that no longer exists. This audioguide aims to show what is absent and what is pushed beyond the limits of memory.

This journey resembles collecting small crumbs of memories. It is a time when we can go back to the non-existent world for a moment. Through Gizela’s story, we will learn both the pre-war stories and the wartime fate of the city and its residents.

00:00
00:00
Today’s Tarnów is one of the largest cities in Małopolska. In fact, the city has been of significance since before the Second World War, mainly due to the chemical plants built here in the interwar period. The history of the city, however, dates back to much more distant times and is richer than many might believe. Tarnów was founded in 1330. The first records of Jewish inhabitants date to a slightly later period. In 1445, a Jewish man named Kalef appears in the city records as originating from Tarnów. By the end of the 15th century, an organized community must have existed because the taxes it had to pay are mentioned in historical sources. Tarnów did not have a clearly designated Jewish district, at least not in the sense that a Jewish quarter existed as in nearby Kraków. But this does not mean that Jews could live wherever they liked. Tarnów authorities, influenced by the town’s Christian inhabitants, limited Jewish settlement to the eastern part of the city through various legal acts. However, the restrictions on Jewish settlement did not limit the development of their social, religious or economic life and the Jewish community functioned within this framework as best it could. Thus, their fate was inextricably linked with that of Tarnów and of Poland. Therefore, the Golden Age in Polish history, in the 16th and early 17th centuries, was also a time of prosperity for Polish Jews, including the Jews of Tarnów. They became wealthy enough to build a synagogue, one of the largest buildings in the city. Unfortunately, the mid-17th century brought an end to this period of peace and prosperity. Poland became embroiled in a series of wars, which led to the economic collapse of the state, causing a deep crisis in the cities, including Tarnów, intensified by recurring fires. Therefore, from the beginning of the 18th century, the authorities, in order to prevent complete bankruptcy and depopulation of their estates, decided to allow Jews to settle in larger numbers in parts of the city beyond the restricted areas. The nineteenth century brought far-reaching political, social and religious changes. Poland had ceased to exist as an independent state by the end of the eighteenth century, and Tarnów became part of the Austrian Habsburg Empire, later transformed into the Austro-Hungarian dual monarchy. Revolutionary changes resulting from the 1868 constitution made all its inhabitants legally equal, and also had a great impact on the Jewish residents of Tarnów. From that time on, Jews began to engage in the economic life of the city with even greater energy. In time, they made up almost half of the city’s population. Moreover, important changes were also taking place within the community itself. A great variety of new religious, cultural and political trends and ideas also reached Tarnów. Supporters of assimilation, on the one hand, and Hasidic groups on the other, began to emerge. By the end of the 19th century, Tarnów had become an major centre of Zionism, where a group of pioneers headed by Abraham Salz was formed and set out for Palestine. They created one of the first Jewish agricultural colonies, known as Makhnaim. It was in Tarnów that Dawid Mordechaj Brandstaetter wrote poems in Hebrew, which was being transformed and restored from only religious to everyday use. The Jewish community of Tarnów produced many famous people. They include Leon Kellner, author of an English language textbook known throughout Europe; Ignacy Schipper, one of Poland’s most famous pre-war Jewish historians, and Jerzy Gert, a renowned composer of popular music in pre- and post-war Poland. In Tarnów, one of the first and most modern steam mills had been in operation since the mid-nineteenth century — owned by a Jewish family. Also, the city had a vigorous sports life, with several Jewish sports clubs. Pre-war Tarnów had several dozen synagogues and prayer-rooms, where members of the city’s Jewish communities gathered for prayers. A witness of that period, Gizela Fudem, recalls:

When it comes to Tarnów, before the war, Jews were probably about 50 per cent of the city’s inhabitants, so about 30,000, because it was a city of 50,000 and then 60,000 [people]. Where we lived, on Szpitalna Street, was not an exclusively Jewish district, but most of the houses were occupied by Jews. We lived in a two-storey house; a few years earlier the tenants of these houses were mixed [Jewish and Christian]. But just before the war, only Jews lived there. The neighbourhood was mostly Jewish.

The Second World War broke this rich and multi-threaded history. This is how Gizela Fudem describes its beginning:

I remember that terrible thunder woke me up, I looked up and the lamp was shaking above my head. It really swayed, it was such a tremor. We lived on Szpitalna Street, where there were two hospitals: a public one, and a Jewish one a few hundred meters away. The bomb landed there, missed the hospital, but exploded right in front of it. Then there was a big hole in the street and then we knew the war had started in earnest.

I remember how German troops entered and tanks drove into the city. I recall there was a smell of some strange gasoline. Everyone was afraid, of course; no one knew how it would turn out. They said it wouldn’t take long, that it would change, that England and France would help us.

During the occupation, Germans murdered Tarnów Jews in repeated executions, particularly from 1941. The largest mass execution began in June 1942. Mass murder took place in the streets of the city, in the Jewish cemetery and in the woods near Zbylitowska Góra, on the outskirts of Tarnów. Many thousands were deported and murdered in the Bełżec death camp. After the Second World War, Holocaust survivors began returning to Tarnów, but the ubiquitous antisemitism and general anti-Jewish atmosphere caused many of them to leave the city not long afterwards. Only a handful remained in Tarnów, who, in 1968, during the antisemitic campaign organized and run by the Polish government, were forced to leave the country, along with nearly 13,000 Polish Jews and people of Jewish origin. Only a few ‘headstrong’ individuals stayed, refusing to yield to overwhelming reality. In Tarnów, Abraham Ladner, the last religious Jew of Tarnów, lived and prayed in the last active prayer-room at 1 Goldhammera Street, until his death in 1993. It would seem that, with the passing of Abraham Ladner, the centuries of Jewish Tarnovian history had definitively ended. However, thanks to initiatives undertaken by non-Jewish activists to remind local people about the past and about their former neighbours, this history continues. The Galizianer Shtetl — a local festival of Jewish culture organized in Tarnów — takes place every year; the Jewish cemetery is regularly cleaned thanks to local activists led by Adam Bartosz, and some matzevot have been restored to their former appearance. All major Jewish heritage sites and Holocaust sites in the city are clearly marked. Attempts have even been made to open a kosher cafe, which, however, due to the coronavirus pandemic, had to be postponed. After years of ‘non-existence’ on the map of Jewish heritage tourism, Tarnów, with its significant number of sites of Jewish interest, is regaining  deserved recognition. We invite you to a walking tour around Jewish Tarnów.
Read more

All stations from the Jewish Tarnów AudioWalk 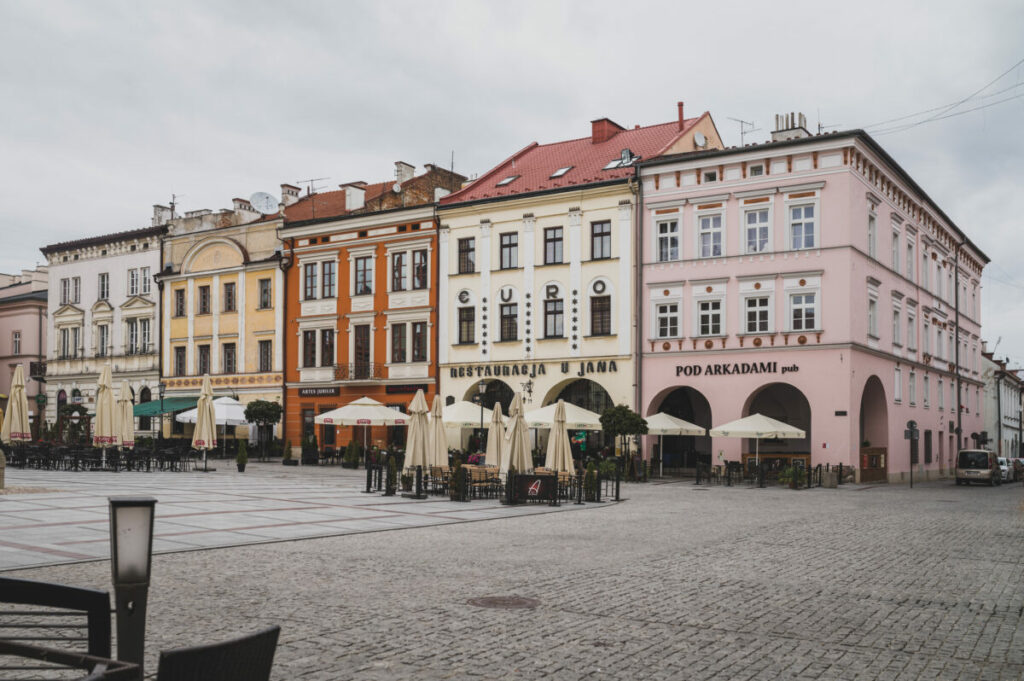 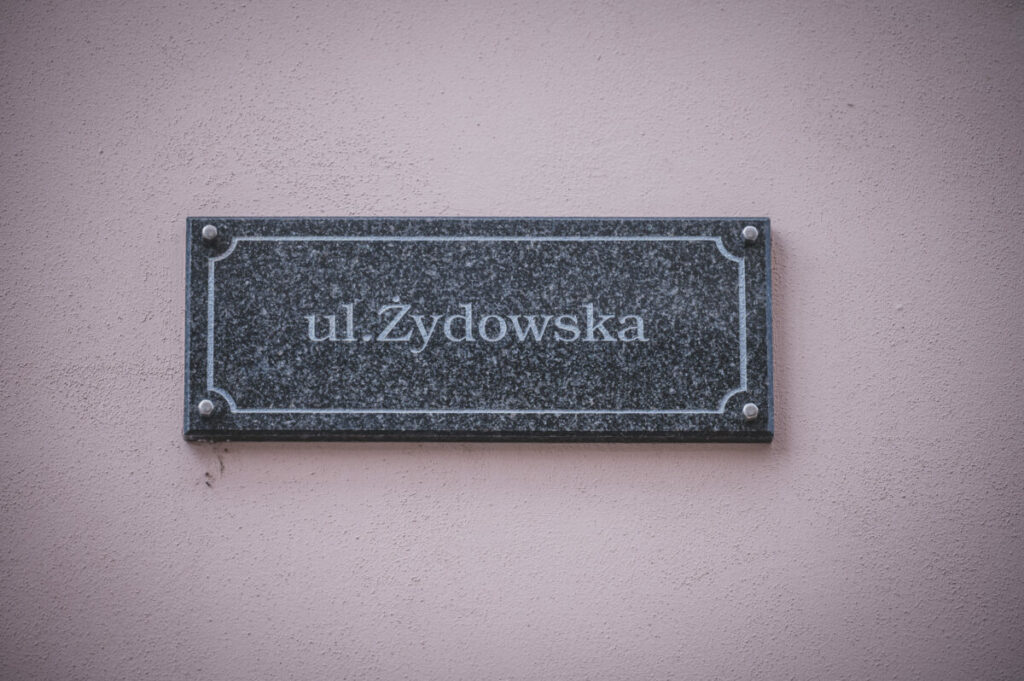 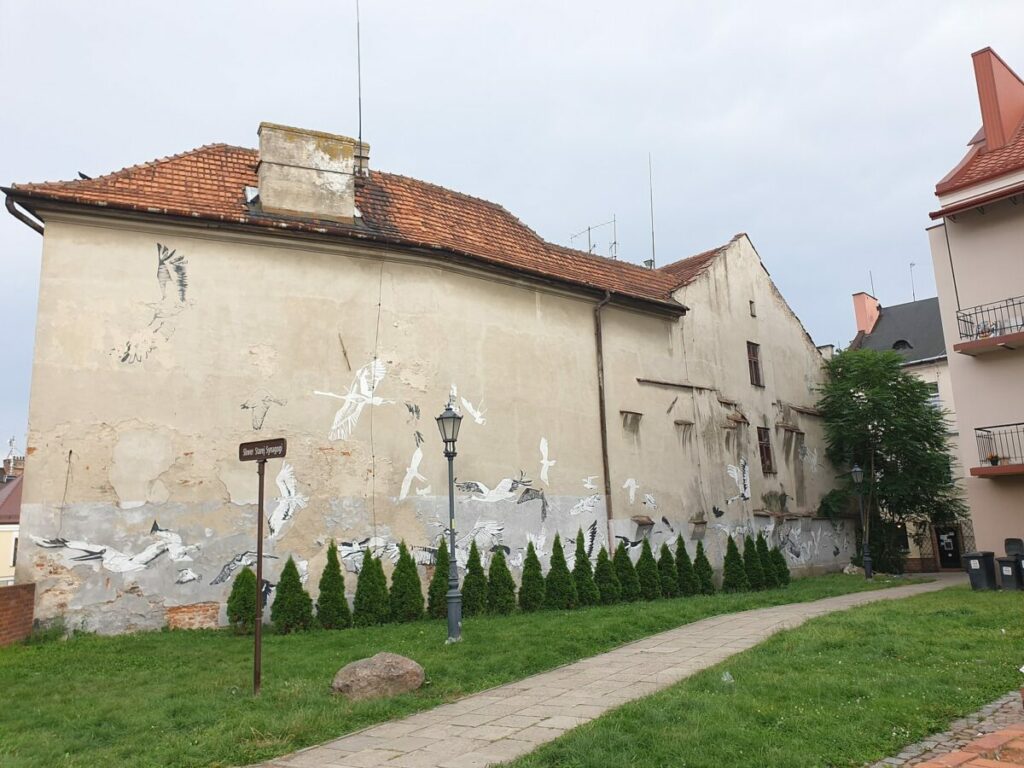 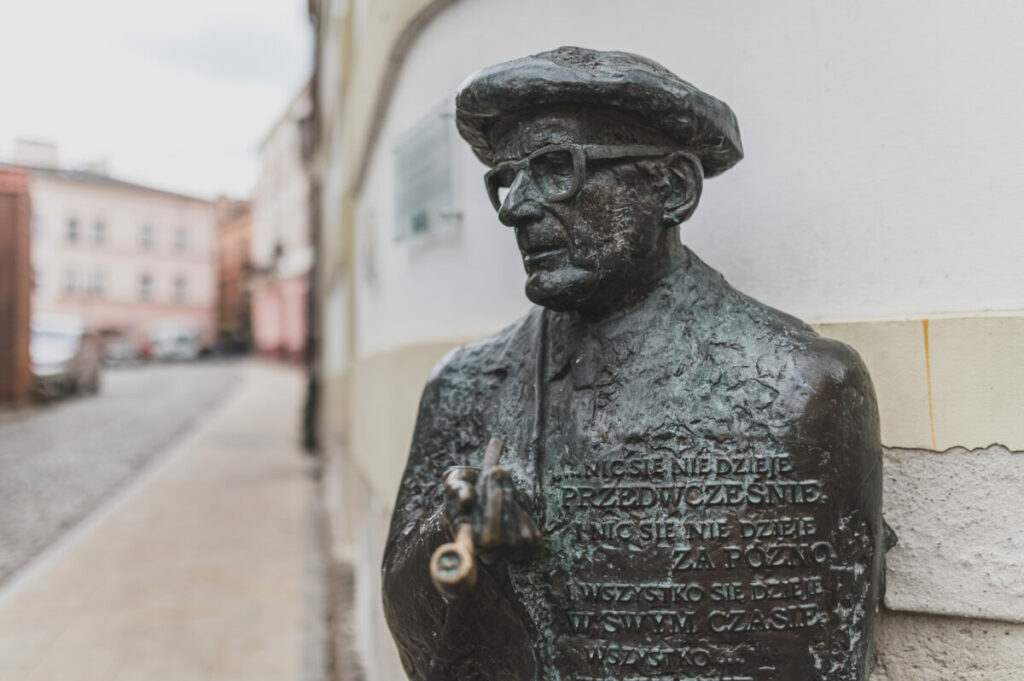 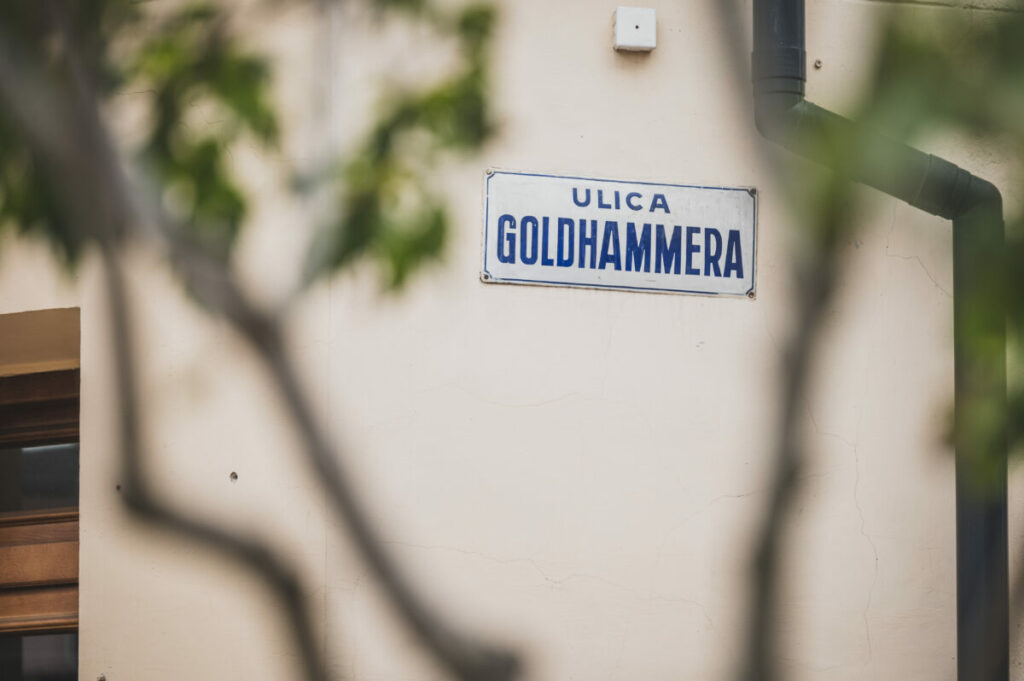 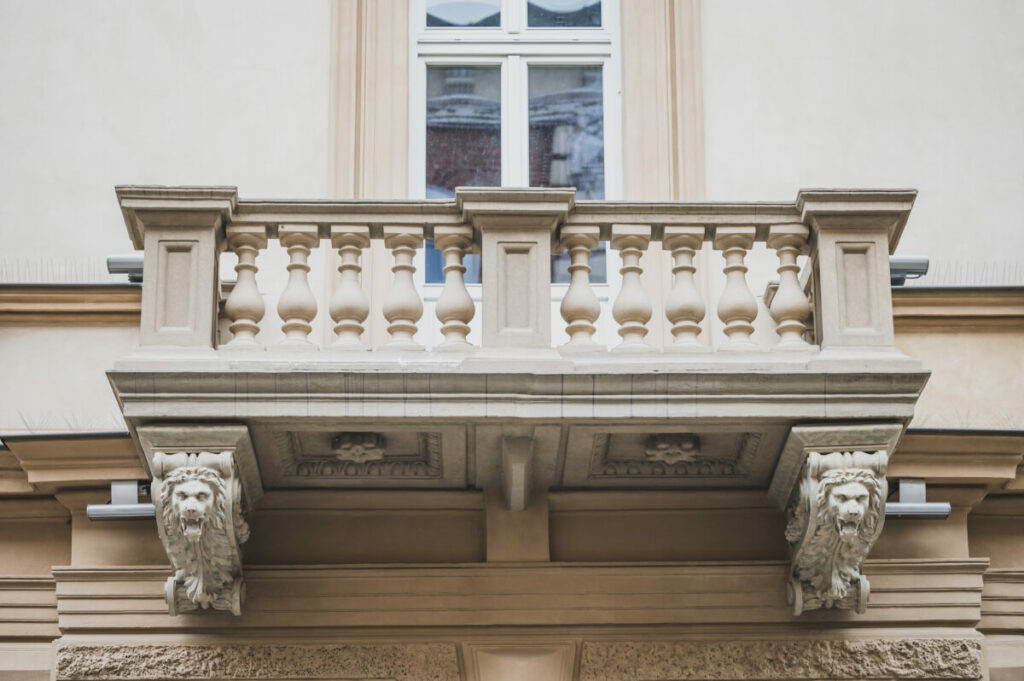 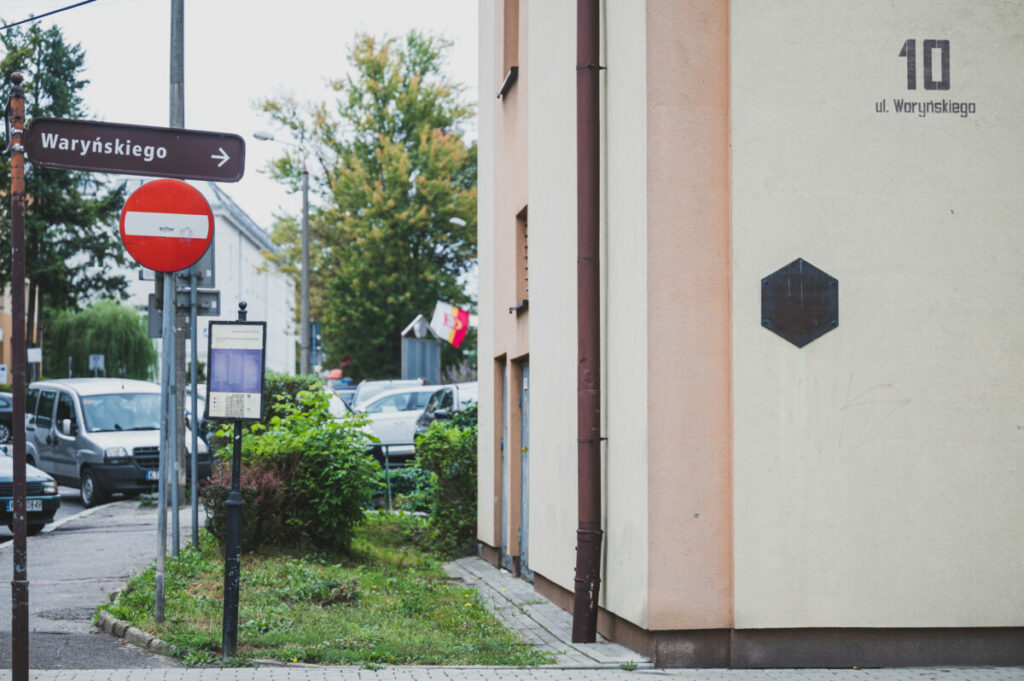 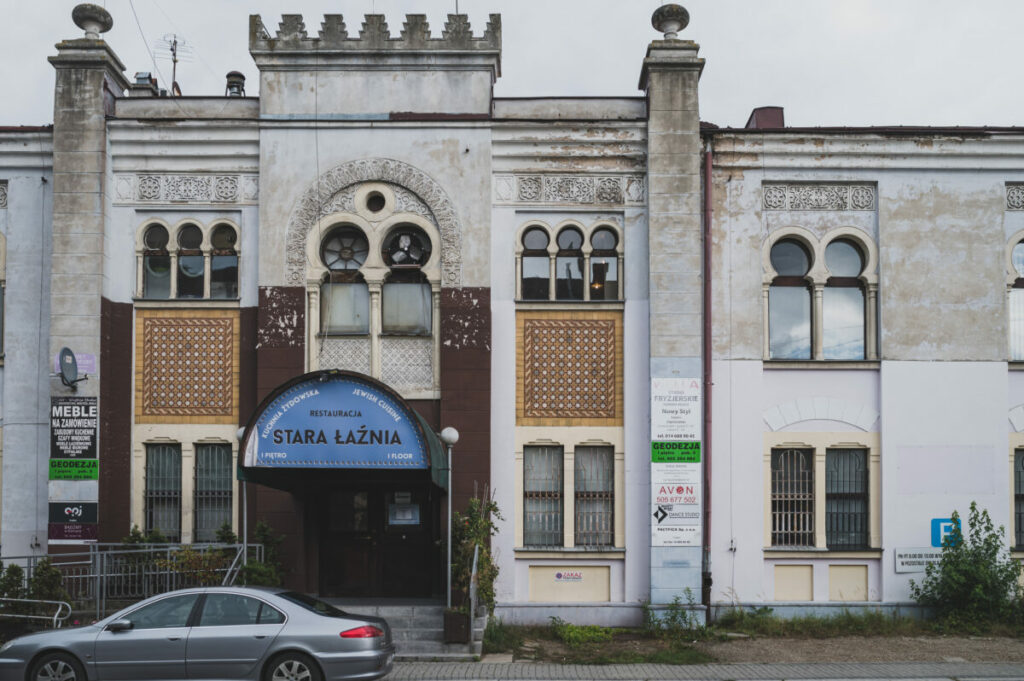 7. Mikveh and Memorial in Bożnic Street 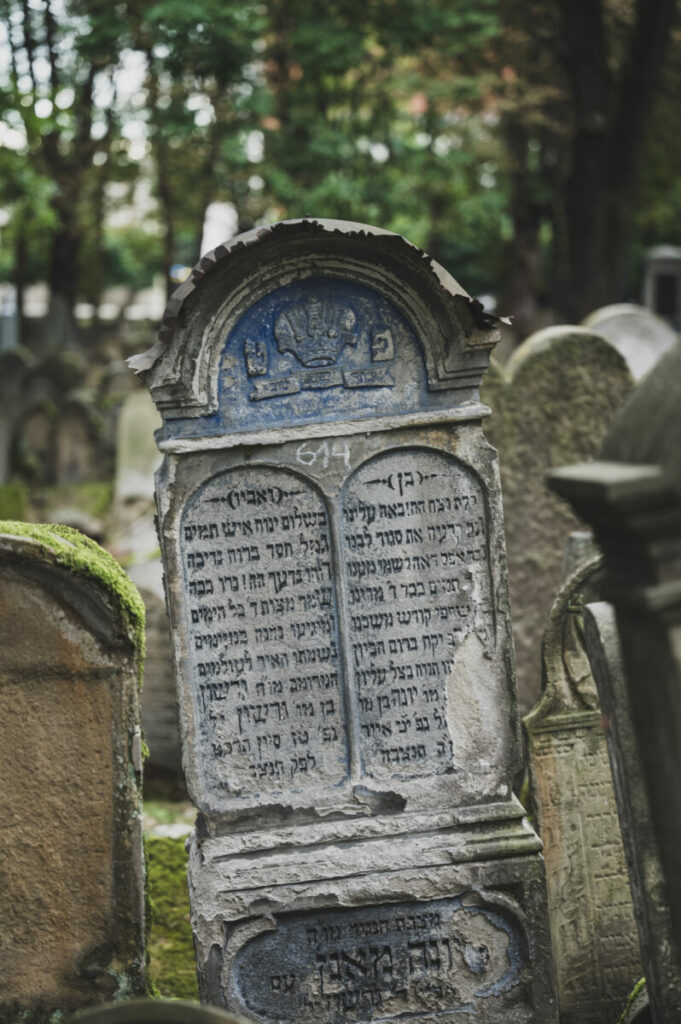 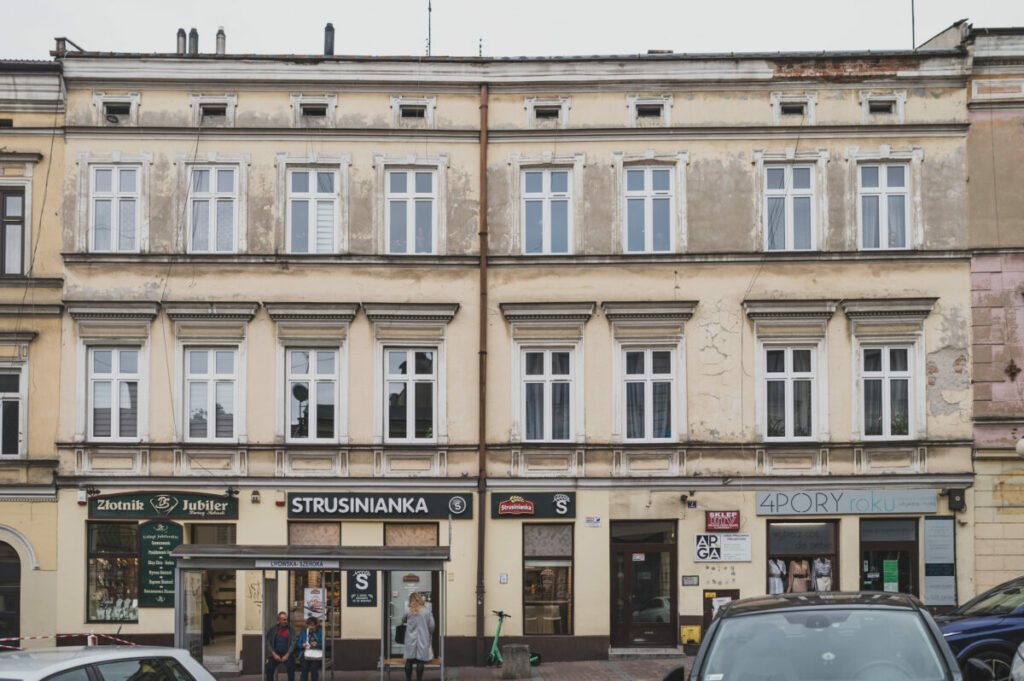 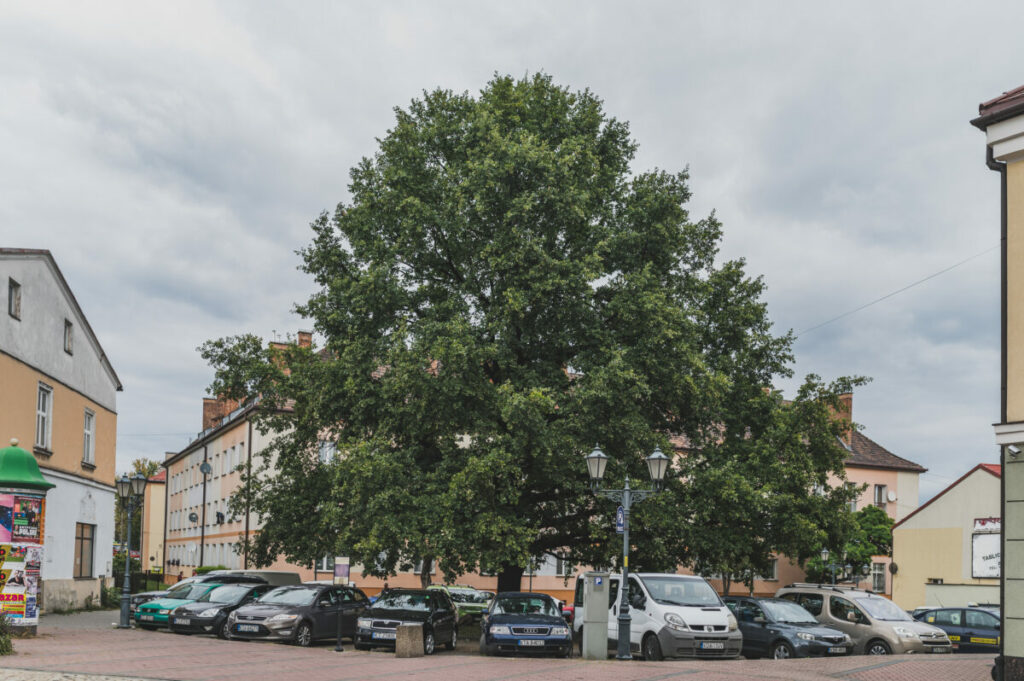 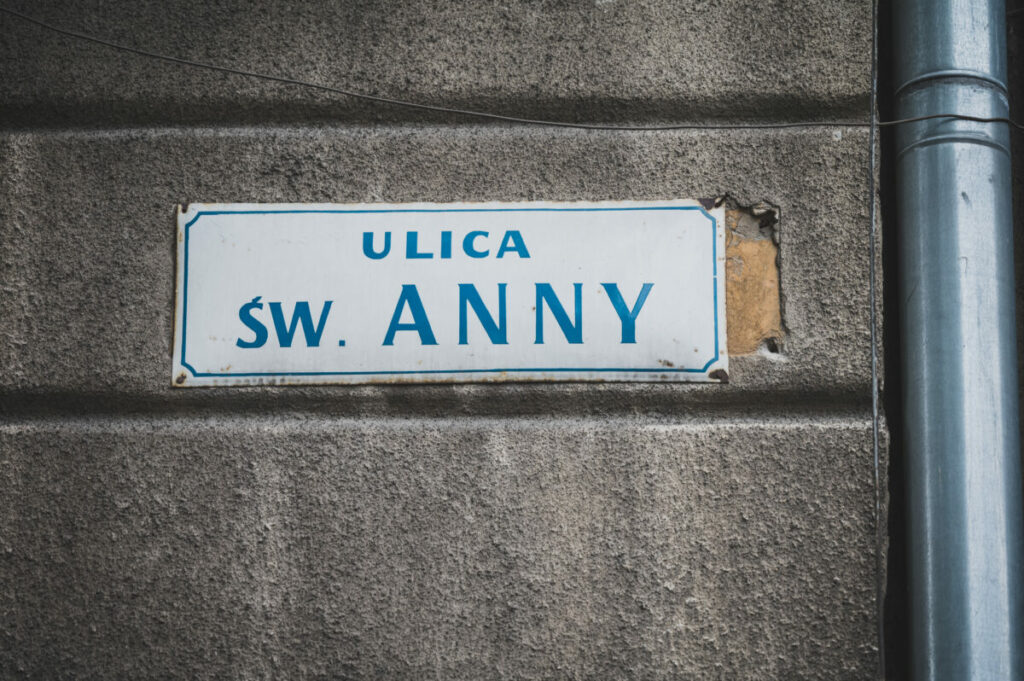 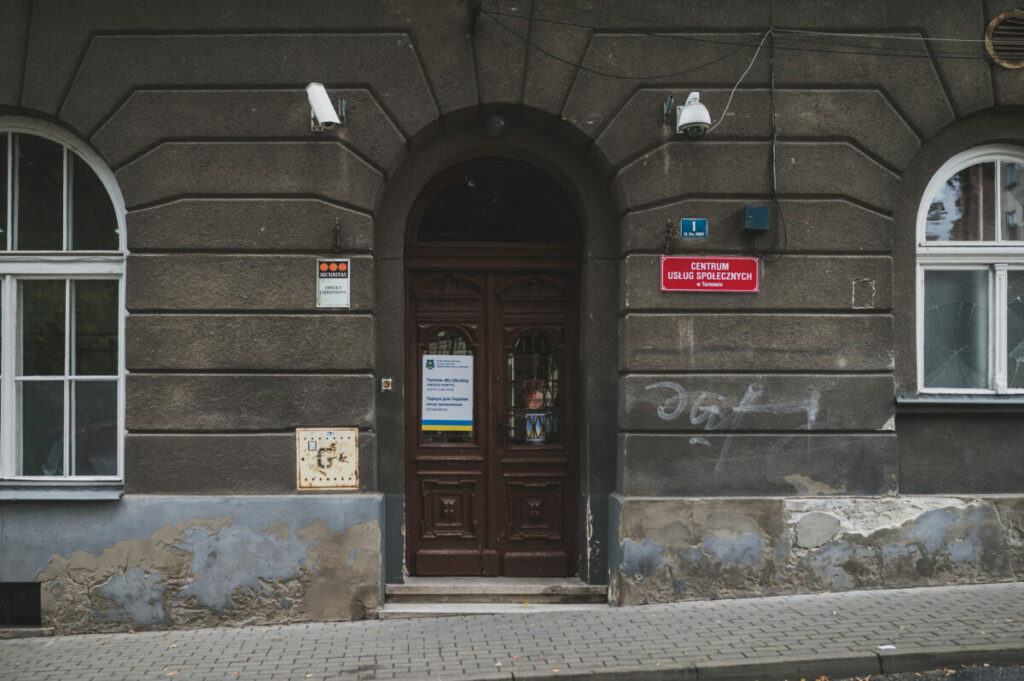 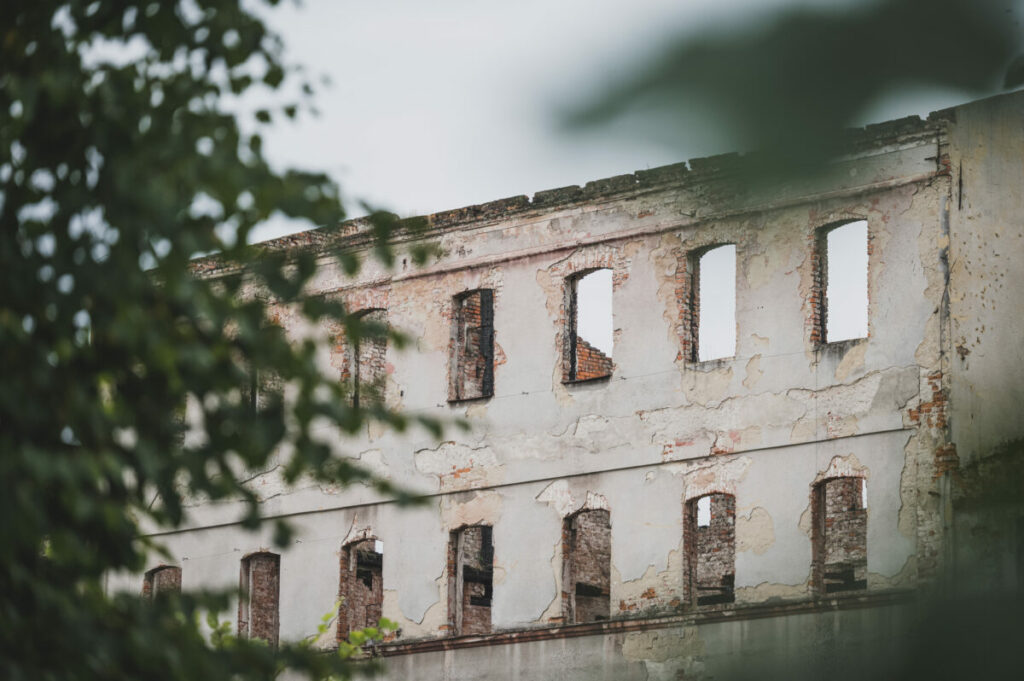 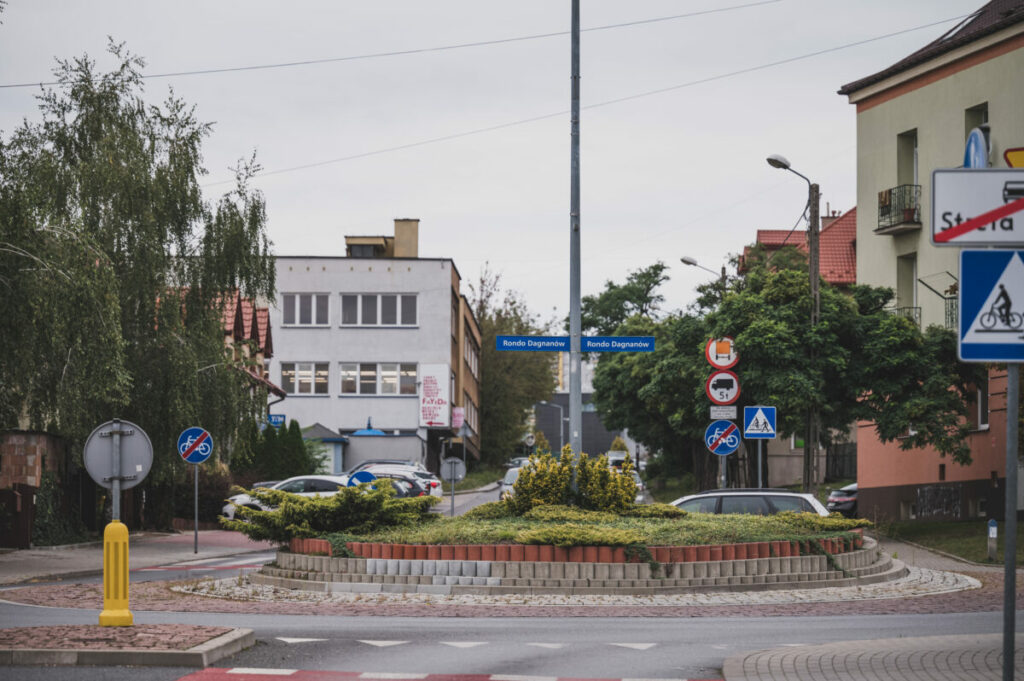 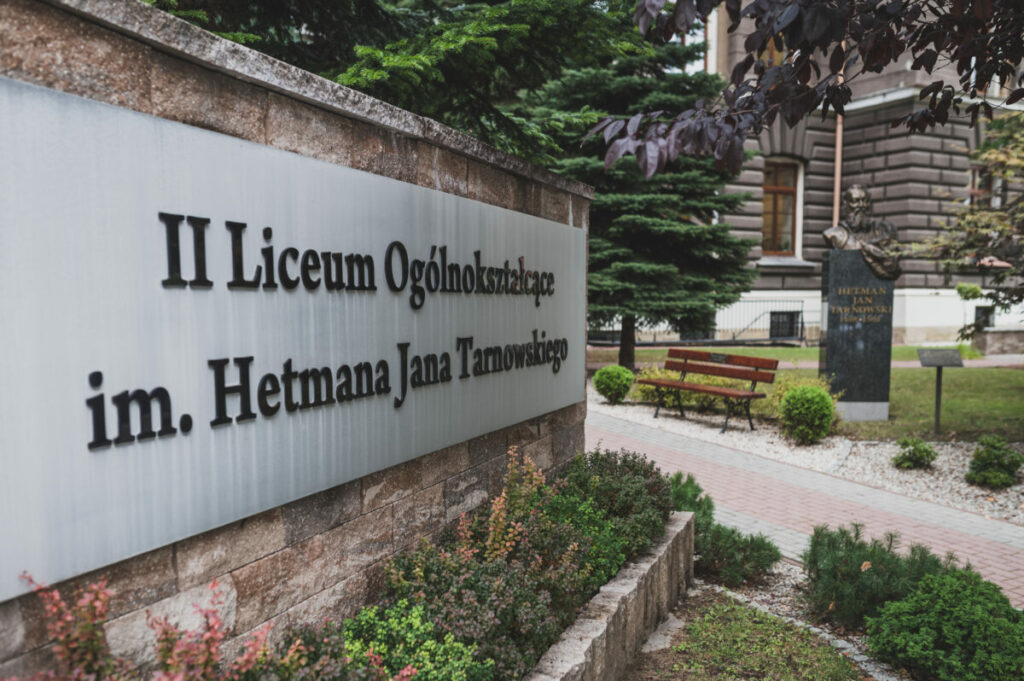